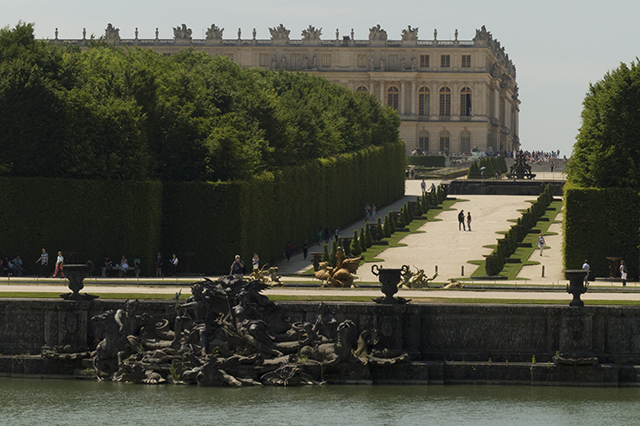 We had arrived at our fancy chain hotel near the airport the night before with the intention to spend the next day sun bathing by the pool till it was time to depart for our flight home. We had a pleasant meal at the restaurant, which wasn’t too bad. I finally go my escargot.

A quick tour of the facility and we discovered the pool was actually inside so besides swimming, there wasn’t really going to be much else to do. Not even a gift shop for distraction was to be found so we head up to our room for a good night sleep.  When we got up the next morning and found breakfast was 16 euro each, we decided to pack our bags, checked out of the hotel and spend our last day in France at the Palace of Versailles. We had it penciled in on our original list of things to see in France but never found the time to squeeze it into our schedule till now.

The what should have been an hour long trek to the east side of Paris took nearly two hours with traffic. Jared and I had an audio book to finish so we didn’t mind the bumper-to-bumper snail’s pace as we made our way along the highway. We had cash for the tolls this time! 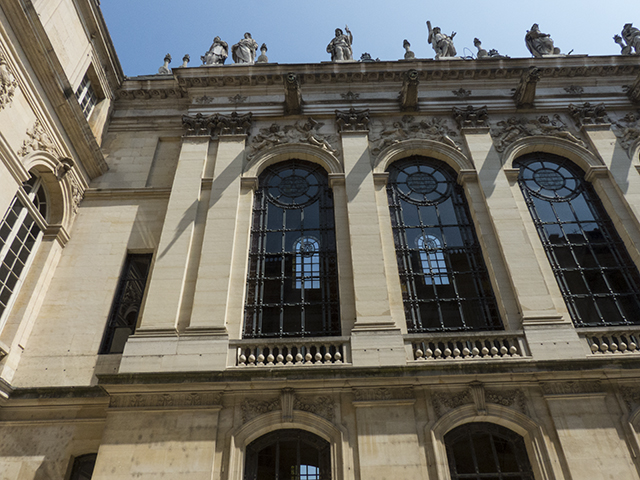 The Château de Versailles was the center of political power in France from 1682, when Louis XIV and Marie-Antoinette moved from Paris, until the royal family was forced to return to the capital in October 1789 after the beginning of the French Revolution. As the people of Paris starved outside the walls of the Palace, the extravagant Marie-Antoinette was heard to proclaim, “let them eat cake.” This did little to improve her popularity with her subjects. 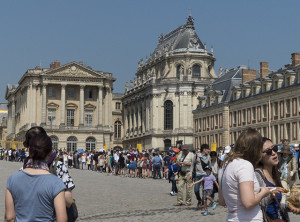 When we finally got to Versailles, we realized we should have probably departed the hotel much earlier than we had. By the time we found a parking spot and strolled over to the Palace, the lines for entry were already wrapped around the courtyard. Crowds of tourists, from all over the world, were unloaded from the hundreds of busses that lined the parking lot. 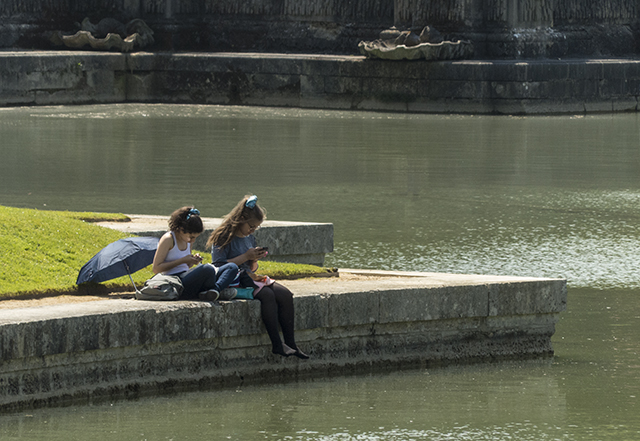 The grounds were vast and entry was free so we merrily wandered the gardens, sauntered the courtyards, strolled around the pools and watched the other tourists, and of course ate more crepes and street food until it was time to make our way to the airport. 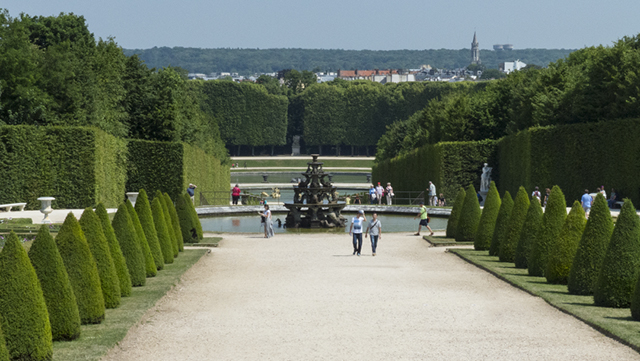