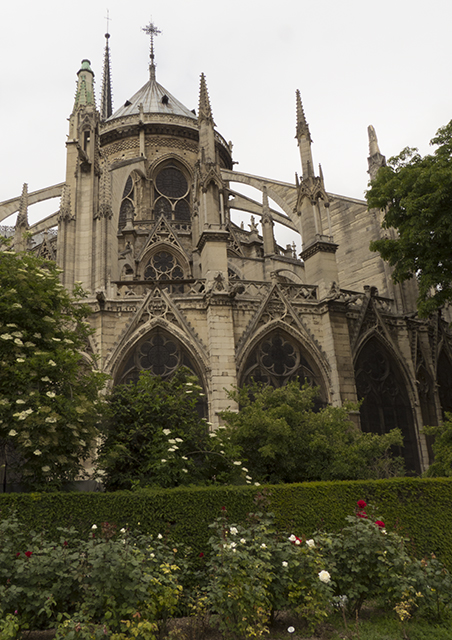 We had planned to get up early, but as our eyes very slowly opened, we realized it was already 10:30 am and not even close to an early start. We quickly dressed and headed out the door. Notre Dame was the first stop of the day on our tour of the City.

With its French Gothic architecture it is one of the most known buildings in the world. The lines were again too long to bother with the tour, I’m not into that part of the tourist scene, so we took a handful photos and ventured onward.

We continued the beginning of our very long and extensive walk in the direction of the Louvre. Again more lengthy lines, spoiled by the museums of NYC, we meandered around the courtyard and delighted in watching the other tourist. The compound was mammoth and you could easily spend a week exploring the 650,000 square feet of art and antiquity. I wouldn’t have known where to start even if I wanted to wait. Did I really need to see the Mona Lisa any way? The iconic glass pyramid dominates the courtyard and sits in strong contrast against the stone, palace like architecture of the rest of the complex. People took turns standing on 2 ft. pillars pretending to hold the pyramid in their hands while their companions photographed the illusion. Jared wouldn’t entertain that idea so we moved on. 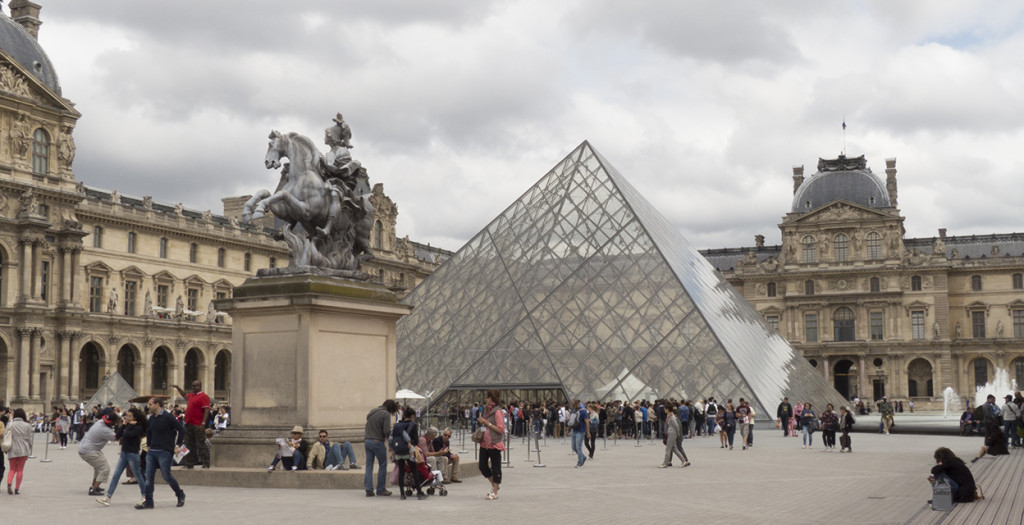 After departing the courtyard, we resumed our stroll through the Jardin des Tuileries past the Obélisque and onward through the Jardins des Champs Élysées. Jardins means gardens, in case you wondered. The park finally opened up onto the L’avenue des Champs Élysées with its very prices stores and upscale tourist. Nice place for window-shopping and people watching but a $400 pair of shoes is not something I’m not really after. We walked and walked and walked till we finally reached the Arc de Triomphe. We had walked about 4 miles and were starting to feel the need for nourishment. 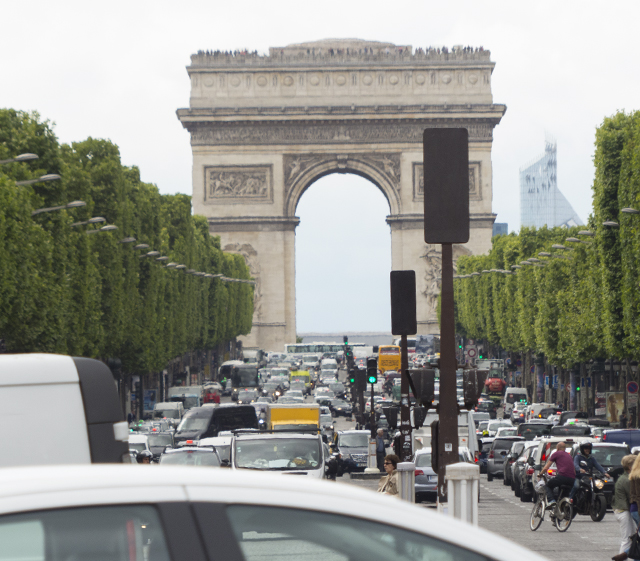 By now it was late afternoon so we decided to check out the view from the Sacré-Coeur Basilica. To the relief of my thankful feet, we took the Métro this time. Enough of the walking already, I told Jared no more 4-mile treks!

The Sacré-Coeur Basilica, consecrated in 1919, is located at the top of the Butte Montmarte, and is the highest part of Paris. The streets leading from the Métro were narrow and twisting and felt like a Paris of old. Tiny shops selling meat, sandwiches, pastries, bread and cheese lined the cobble stone streets. We purchased a snack from a local sandwich shop. Jared got a baguette sandwich with ham, tomatoes and cheese and I got a piece of the finest quiche I had ever tasted. It was topped with slices of warm Brie and ripe tomatoes. Both meals came with a cookie, that when we opened latter, found was more like a creamy, custard tart. Yummy! I love the food here. 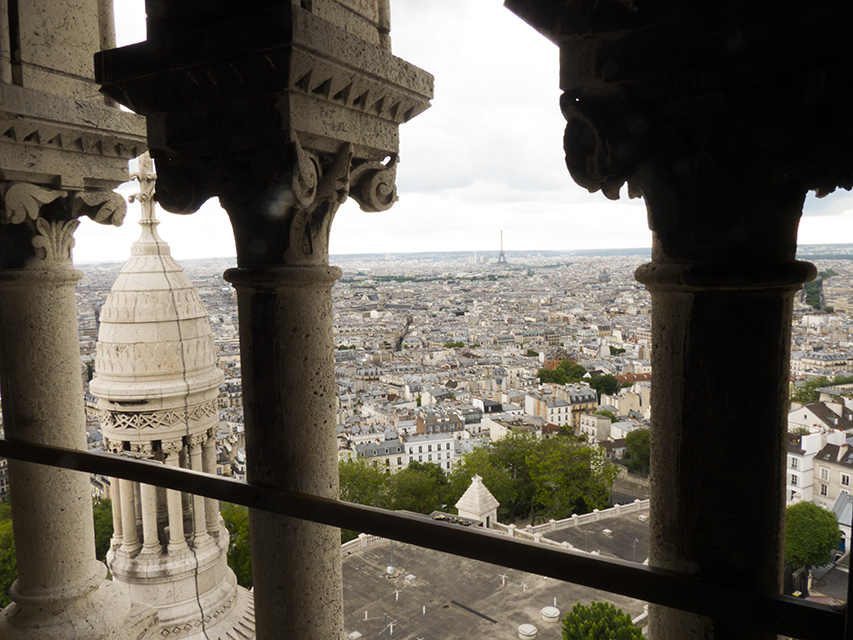 The view from the steps of the Basilica was panoramic. Inside we found an astonishing cathedral made of stone and glass. The enormous domed ceiling was decorated with the largest mosaic in France, measuring 1574 square feet. No pictures were allowed but to our delight, we found we could purchase a ticket to the top of the Church’s towering dome. They failed to mention the three hundred and twenty five steps up a spiral staircase, but in the end we were lead of to a 360-degree view that took our breath away. We headed back to our hotel, now very familiar with the Métro and slipped into bed dreaming of our adventures and looking forward to day 3. Be sure to check out the photo gallery as we add more pictures each day!