We were feeling a little overwhelmed from the previous days events so opted for a later, this time intentional, start to our day. The first stop would be the Père Lachaise Cemetery. Buried here are many notable figures from the worlds of literature, theatre and music. Included in this star studded line up are Jim Morrison, Oscar Wilde, Sarah Bernhardt, Édith Piaf, Gertrude Stein and a bunch more you probably wouldn’t recognize any way. All were cremated and placed in above ground tombs. The sizeable row upon row of vaults, over 2000 in all, created a city of dead dating back over the past 200 years. 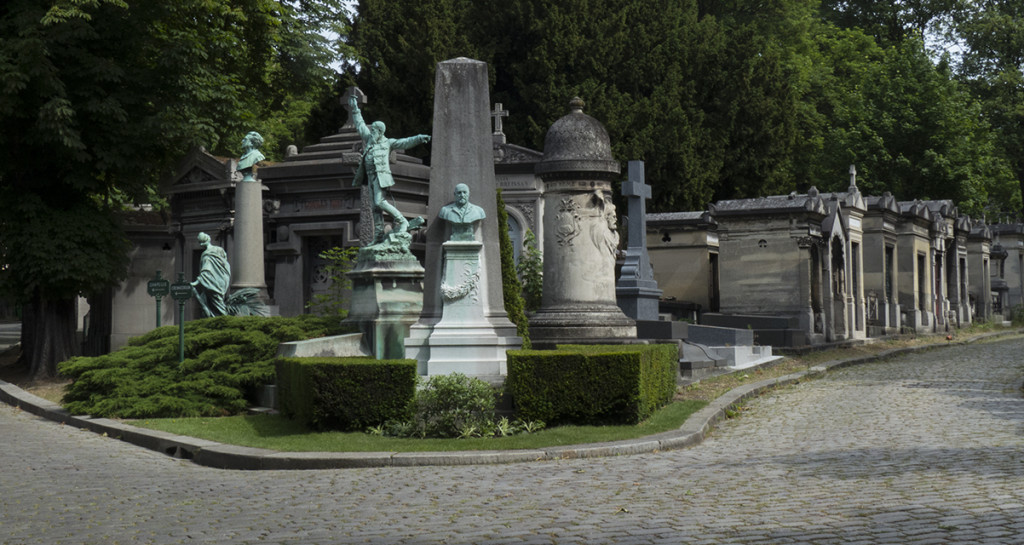 From there, we once again boarded the Métro bound for a destination of Jared’s choice, the Musée de la Musique. Situated on the grounds of the Philharmonie de Paris, this impressive collection included a 11.5 foot string bass called an Octobass of which there are only two in the world. It takes a ladder to play. No wonder it never really caught on. 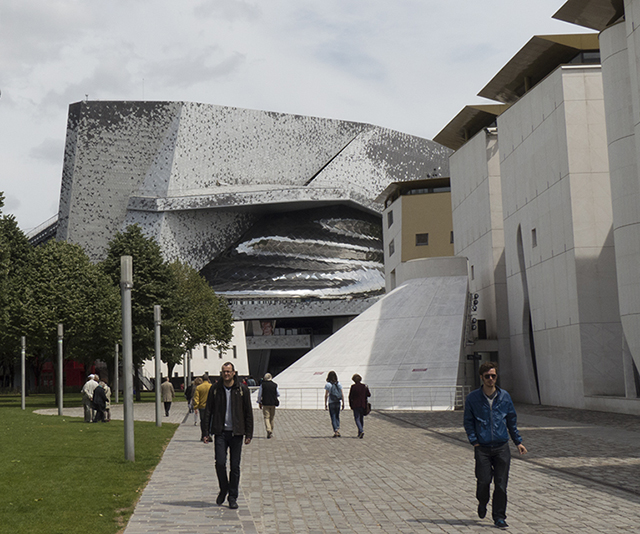 Jared saw the other one at Musical Instrument Museum in Phoenix AZ. They also had a Theremin, which is an early electronic musical instrument controlled without physical contact by the performer, which Jared attempted to play. The sound is very eerie like something from an old sci-fi movie. 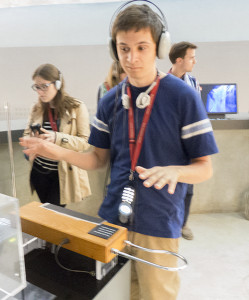