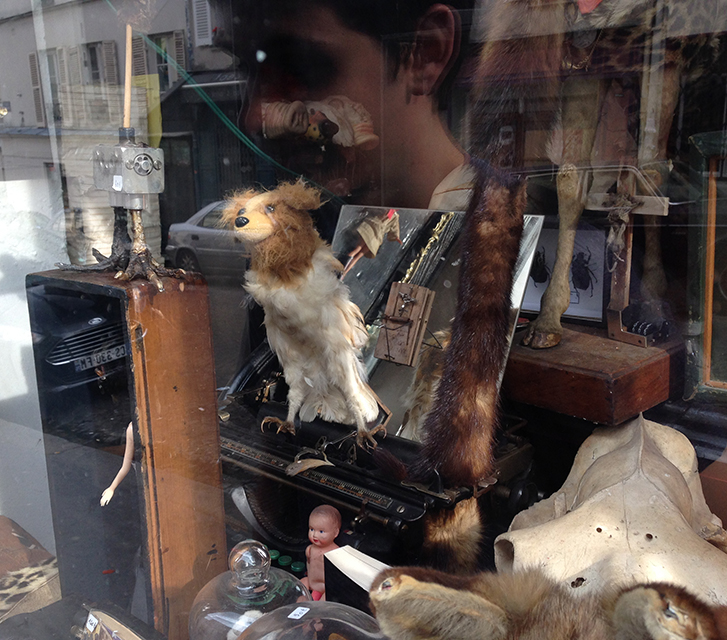 We woke up on Saturday and attempted on yet another subway excursion to try our luck at the Paris Flea Market at Clignacourt. The sizeable market, which is only open Saturday thru Monday, boasts some 2500 venders. This would surely be more than enough to keep us busy for a few hours. There were row upon row of petite stalls and miniature shops actually divided into 15 separate markets, each with their own specialty. 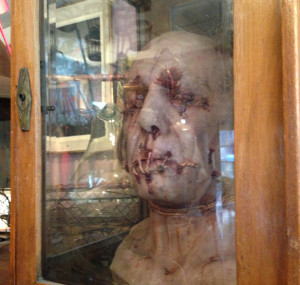 Some of the market’s specialties included new cloths, large vintage furniture, bric-à-brac, jewelry, 17th century to 1970’s antiquities, graphic arts, old advertising, vintage and antique textiles, strange oddities and so much more. It was overwhelming and exhilarating all at once. We didn’t buy much but it’s not always the purchase but the hunt that makes flea marketing so much fun. 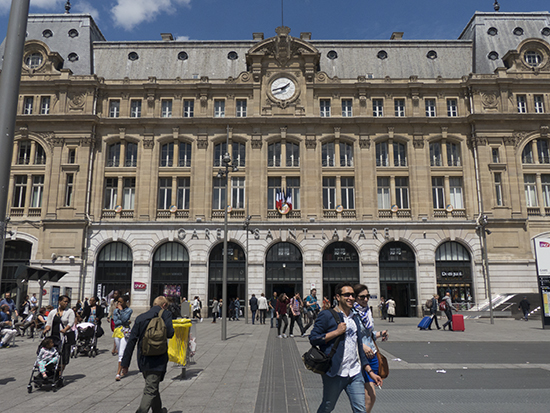 We had planned to go to Giverny, Monet’s Garden,  after lunch, but when we arrived at the train station, we discovered the next train was still an hour away and with the 45 minute train ride and the 45 minute walk to the site, we decided to hold off for that escapade till tomorrow.

As Jared once again shepherded us on another 4-mile trek we meandered our way along the various shopping districts and along cobblestone streets towards the ever-present Eiffel tower. We crossed over one of the bridges lined with “love locks.” You sign your name upon the padlock, secure it to the railing and toss the key into the Seine. Apparently its a bit of a environmental issue but continues to be a draw for tourist wishing to show their undying love for one another. 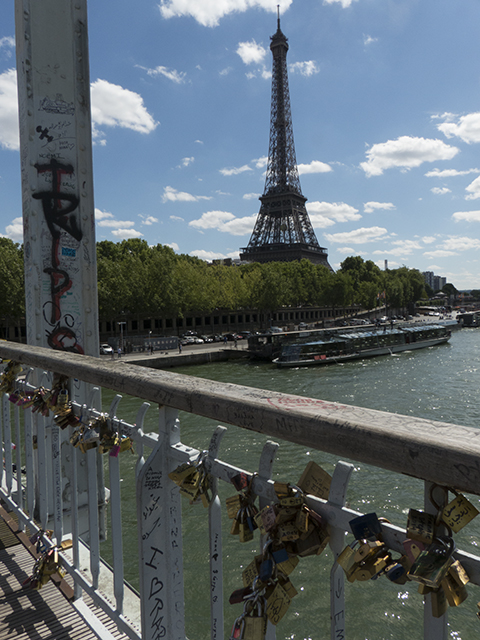 Along the way, we stumbled upon a most unusual building whose whole front was covered with plants. I mean literally covered. The building was alive! This was the epitome of green construction. 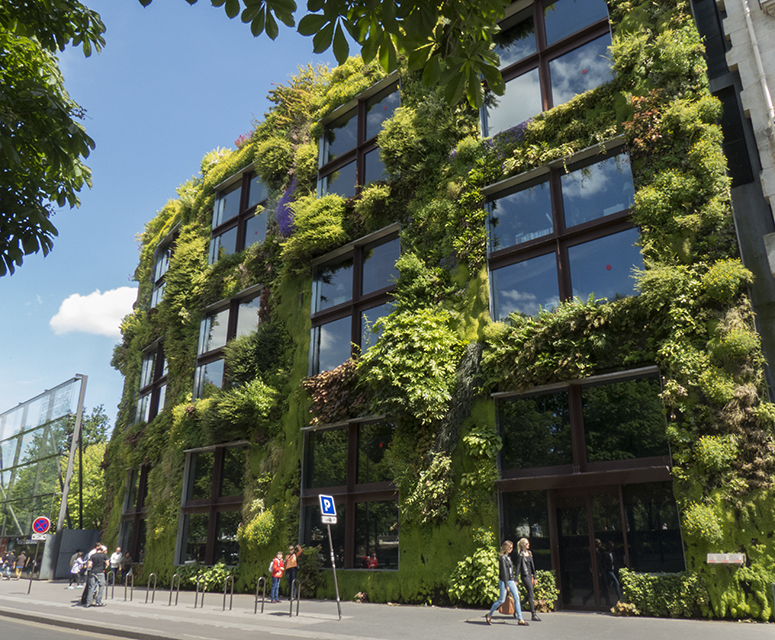 We finally arrived back at the hotel and decided to see what was Anthony Bourdain’s take on Paris. An episode of Layover Paris, inspired us to try our hand at ordering some real French Bistro cuisine for our evening meal.

Back to the Métro and onto the district called Montparnasse. Under the shadow of Paris’ only skyscraper, we found a considerable variety of affordable restaurants. Although many were quintessential Crêperies, we succeeded finding a endearing little bistro, with a pre-fix menu. Seated at a sidewalk table, we reveled in watching the people stroll by as we ate.

The waiter was quite sympathetic as we stumbled through the menu with our IPhones tuned to Google Translate. His English turned out to be as good or bad as our French. When we inquired what the Plate de Jour (plate of the day) was and he pointed to his upper arm. We stared at him not having a clue as what he was referring to with that gesture. He also withdrew his IPhone, typed something into Google Translate, and showed us his result, BIB. Even more confused we all started to laugh. As we continued to decipher the menu, the waiter returned once again with the word Flank written on his pad. Now we were getting somewhere. Jared ordered the Plate de Jour, French onion soup and for dessert a croustad aux pommes a L’Armagnac maison. This turned out to be an apple turnover doused in liquor. Good thing the drinking age is 16. I decided upon marchons de carnard donfits aux pommes sarladaises or roughly translated, pieces of duck with roasted potato slices.

When it came to my dessert, I ordered fromage blanc aux prueaux d’Agen. I thought I was ordering a cheese plate but what arrived was a yogurt like custard with a rich prune sauce in the center. It was very bland tasting till we notice the waiter had brought over a small jar of sugar earlier. Jared suggested it was for my dessert and low an behold it made a world of difference. When the waiter returned I confirmed that was what the purpose of sugar. He was amused and laughed at our discovery.

We departed the Bistro, full and pleased with our first try at Bistro food, some fresh bread, fruit and cheese for a later snack and headed back to our hotel.